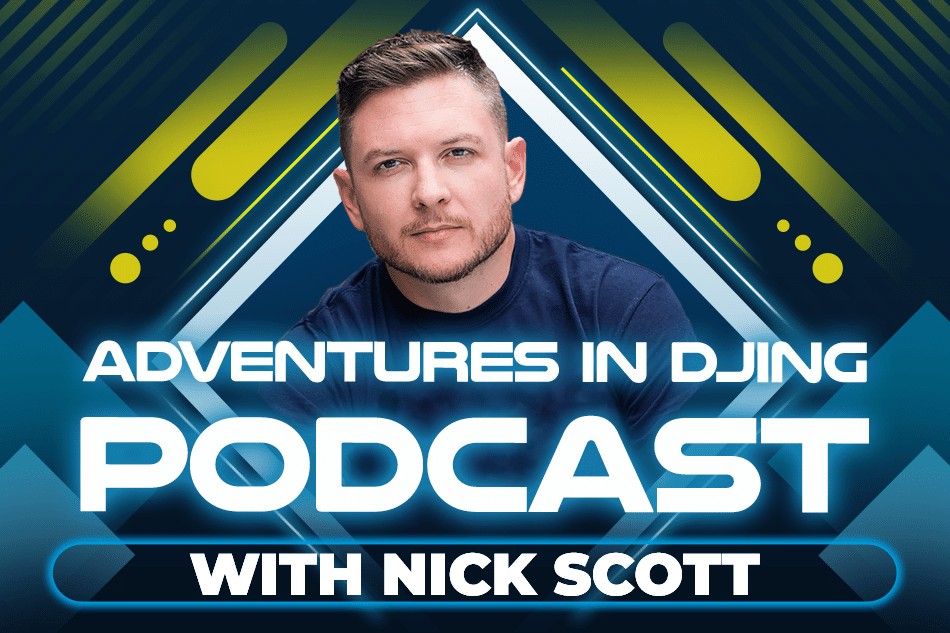 Nick Scott is a 18 year industry veteran. Nick is an award winning turntable DJ, event host, and radio personality. A father of two and married to an extremely talented photographer.

Nick started out as a wedding DJ at a small hall in Cincinnati. Rapidly growing his career headlining major events, opening for national recording artists, achieving record ratings as a radio personality, and having his mix show segments aired on several nationally syndicated radio programs.

As someone in the trenches himself, Nick is in the unique position of knowing what his audience needs to know to be successful in the event and radio industries. Nick is continually joined by guests sharing their own expertise in different subjects from event management to marketing, promotional ideas and beyond.

All episodes located by clicking the button below.

Wednesday 7/15: DJ Digital Dave
Vibe curator extraordinaire and one of the most diverse and accomplished DJs in the U.S, Digital Dave performs at over 300 events annually including nightclubs, radio mixshows, luxury weddings, and both professional and collegiate sporting events.  Dave’s encyclopedic knowledge of music from hip hop to rock to funk to house to pop matched with his creativity and exceptional ability to read a room has made him an industry mainstay for the past 20 years.

Wednesday 7/22: Cheryl Sullivan
Cheryl Sullivan is an award winning Event and Wedding Planner. Cheryl owns “Cheryl Sullivan Events” and has been a prominent figure in the West Virginia event industry. From The Greenbrier to Girls Night Out, Cheryl’s unique creativity has shined through countless events.

Wednesday 7/29: Josh Ruby
Josh Ruby (aka DJ Bravo) is the owner of Bravo Live DJ. A Dj multi-op serving West Virginia, Ohio, Kentucky, and much of the “Trip-State” area for over fifteen years. Via bravolivedj.com, “With a super-team of 8 Pro-Mix DJ’s, preforming over 200 events a year… we specialize in Weddings, Receptions, Corporate Events, and… industry leading UPLIGHTING! Over the last 15 years, BRAVO-Live DJ has gone through many painstaking processes to develop a proprietary system of Professional Event Management to absolutely guarantee all of our clients “Peace of Mind.”

Wednesday 8/12: Holly Morgan
Holly Morgan has been one of the most popular, successful, and influential women in the radio industry. Holly rocketed to ratings success at Q102 Cincinnati in the early 2000’s. Holly is now the host of The Mix Morning Show with Holly Morgan, weekday mornings 5am-10am on Mix 94.9 – Cincinnati’s Best Mix from the 80s, 90s, 2000s and Today!

Wednesday 8/19: DJ Serifan
Filipino-American DJ who is considered by many to be one of the top remix artists in the world, having released hit remixes for superstars like Jordin Sparks and Britney Spears. He is the creator of the influential remix website CrooklynClan.

Wednesday 8/26: Jack Millz
Pittsburgh based Jack Millz is a internationally received Video DJ. Jack Millz provides production for CrooklynClan, SmashVids, and several others. Jack is continuously booked through out the United States as well as internationally in various countries in Europe, the Middle East, and more.

Wednesday 9/2: Sandy Call
Sandy Call has been a champion fundraiser for women who have been victims of domestic violence. Sandy has been in a leadership role with the YWCA fundraiser ‘Girls Night Out, WV’ for many years. This fundraiser has seen many successful and profitable events with Sandy on board. Sandy is also the owner of the Bridge Road Bistro in Charleston, WV and the Sunset Grill in Huntington, WV. Catering high end cuisine to the wedding and event industry.

Wednesday 9/9: Rowshay
Hailing from Charlotte NC, Dwayne “Rowshay” Linens is one of the few who is able to grasp the concept described above, as he has caught the spotlight in both arenas. After a pursuit to excel among his fellow stylists, a new passion for spinning records was awakened after witnessing a performance from the late great DJ AM, and the same work ethic that garnered him notice within the salons soon had a similar effect within the burgeoning nightlife industry of America’s second largest financial epicenter.

BRANDS NICK HAS WORKED WITH 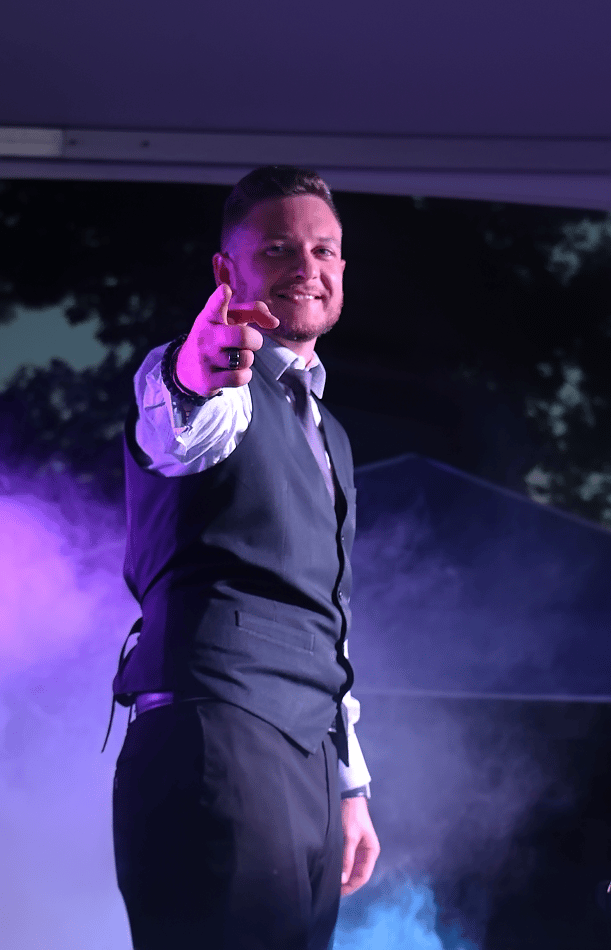 Nick started his entertainment career in Cincinnati working in both live radio and DJ events beginning in 2002. While in Cincinnati he worked as an Radio Personality on The Rebel 105.9, Warm 98, and Q102. Nick’s radio career moved him to West Virginia to work on Electric 102.7FM. Nick is a guest mix show DJ for nationally syndicated Kidd Kraddick in the Morning radio show, the United States and on the Armed Forces Network, and contributes mix show segments to several Sirius XM channels.

Nick’s wedding and event career began in 2002 at the Woodlands Reception Hall in Cincinnati, OH. Nick has served as a consultant or a resident DJ at several different night clubs including Metropolis Nightclub in Cincinnati and Impulse Nightclub in Charleston. Since starting his career Nick has performed at over 500 formal events and countless nightlife bookings. Nick is a multi year winner of the Wedding Wire Couples’ Choice Award for the State of West Virginia.